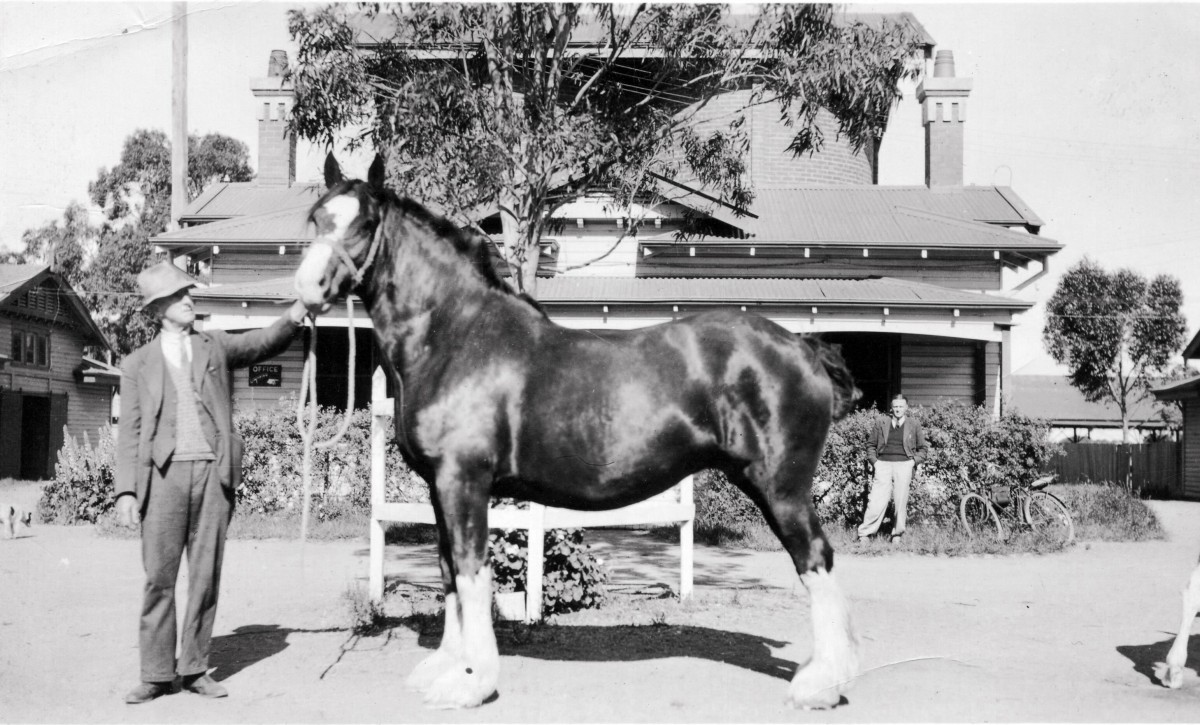 Clydesdales were thought to be one of the original animals also including dairy, poultry, sheep, cattle & ostriches for a short time, for the development of better farming practices. Regular field days for farmers and the public were held and the first being in 1913. Many horse drawn vehicles were made available to the visiting crowd to view the vast areas of the farm.

Clydesdales were essential to the farm as they relied on them for working up the land as it was classed as “the worst block of land from an agricultural point of view” stated by the then Mr John Ball president of the Werribee Agricultural Society. Clydesdales were also utilised in other parts of the farm for the day-to-day operations.

A scheme for certification of stallions was being practised at the research farm, and was later introduced as a Department Of Agriculture Act in Victoria.

In 1913 a Clydesdale stallion, Major Oates, was purchased to use on the farm mares and a limited number of district mares. At this time the research farm formed a Clydesdale stud. An advertisement placed in the Werribee banner newspaper showed the importance of Major Oates and his later lineage of outstanding Clydesdales. As the “add” states Major Oates was a travelling stallion along with Baron Bute, the imported stallion with a heftier price tag standing at the farm. By now a herd of brood mares had built up to seventy head all registered in the Australian Studbook. Other imported stallions included Baron Wigtown, imported from New Zealand, where he had won several championships in the show ring. Many of his offspring had success at the royal Melbourne show. The research farm had fifty Clydesdales of various ages sired by him. A testament to his longevity and quality is that he was still siring at the age of twenty-five. At this time there were ten Clydesdale mares showing in foal to this well-known sire.

During the Second World War when most of the male population were enlisted, one of the important parts of the research farm was teaching students and women from the Australian Land Army how to use Clydesdale horses. Known embarrassing moments included putting horse collars on upside down and being sent to collect a left handle shovel.

The last foals born at the research farm were born in 1953, unfortunately by the early sixties tractors had taken over from the Clydesdale’s. Their stables were turned into workshops for tractors. The manager Mr Wilson stated that a tractor was inferior on Werribee’s heaviest soils with a Clydesdale team performing better.

From this small snapshot of the research farm you can understand how this facility has played an important role in our modern day farming practises. Many of the experimental ideas undertaken whether it be breeding and diseases in livestock, plants, rotational cropping ideas, dairying, production and many other farming techniques are still playing a huge part of the Australian farmer or breeder in maintaining highest standards or quality in what they do.

A personal thank you to Ross & Annie Hillis. The volunteers at The Werribee Historical Society & The National Library of Australia for their valued assistance whilst researching for this article. 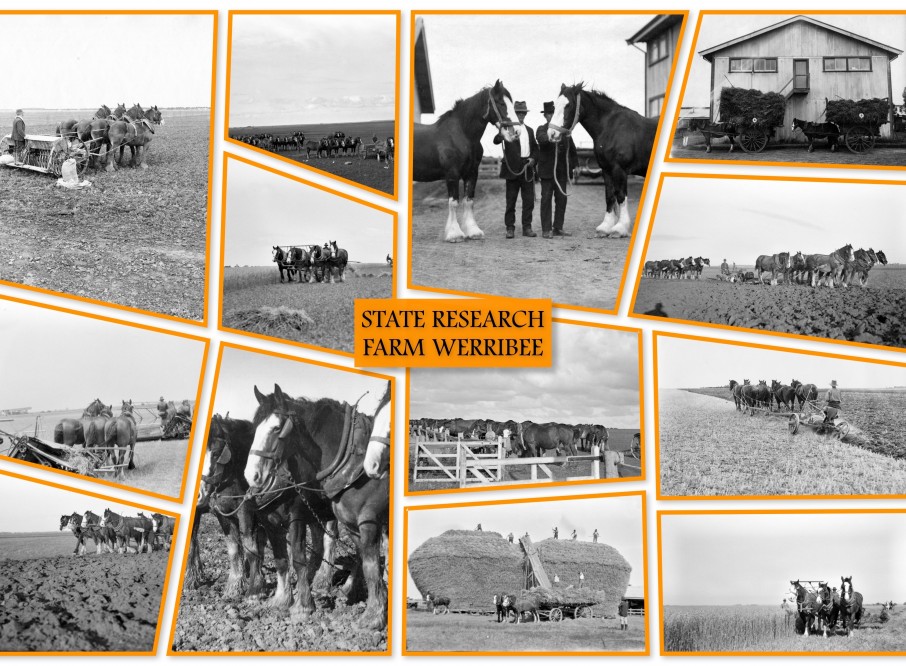 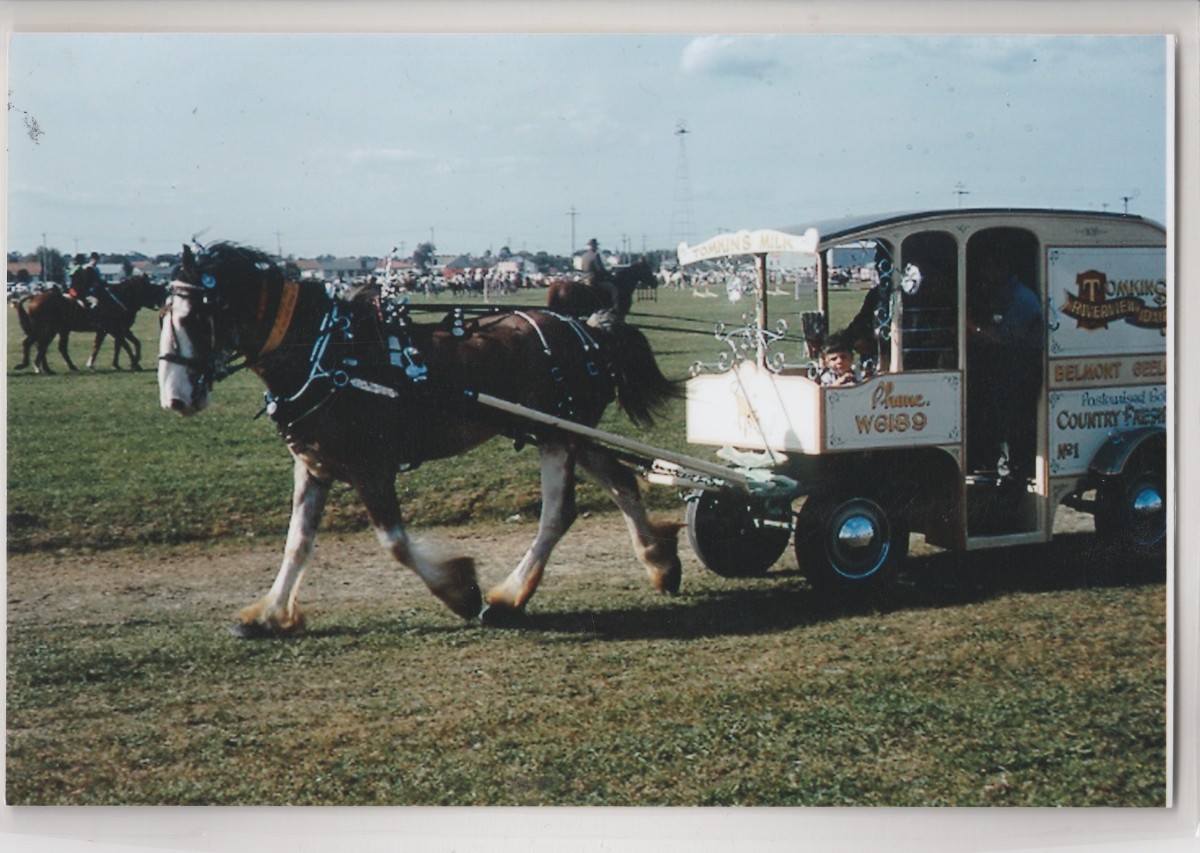 A Step Back In Time To Clydesdale Horse Drawn Milk Deliveries. 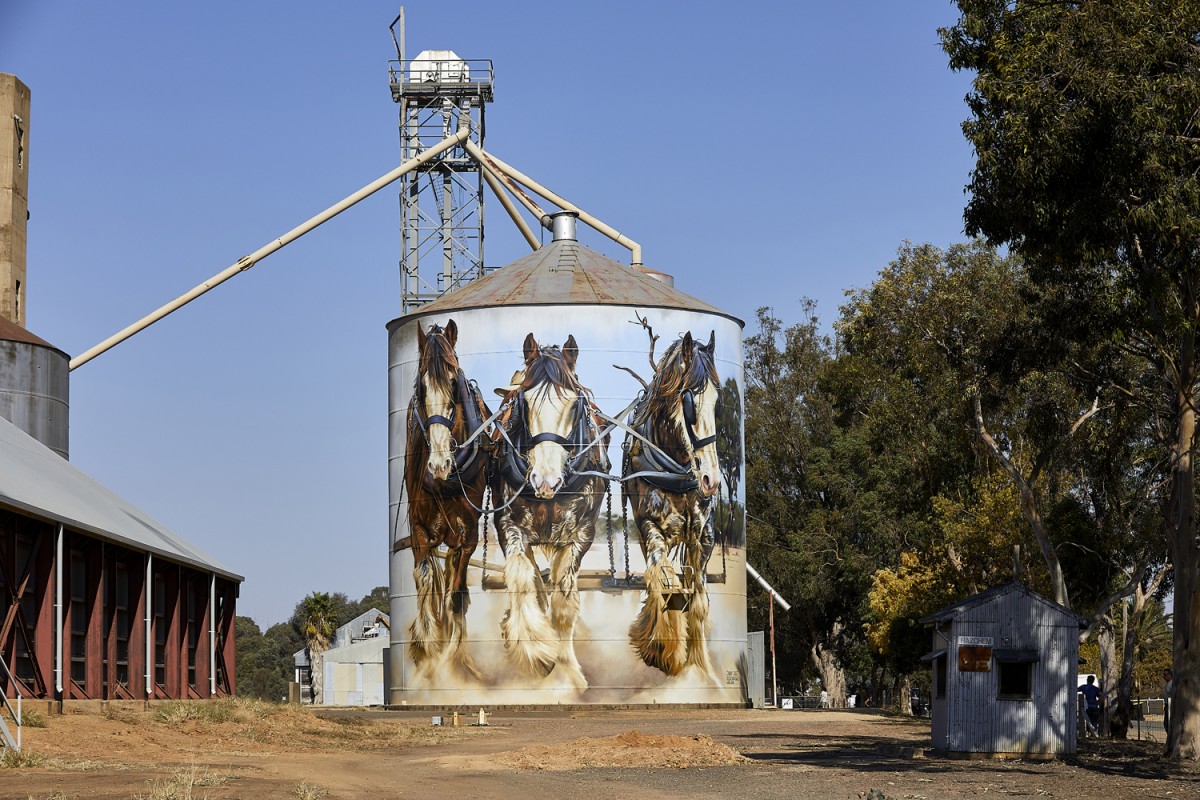