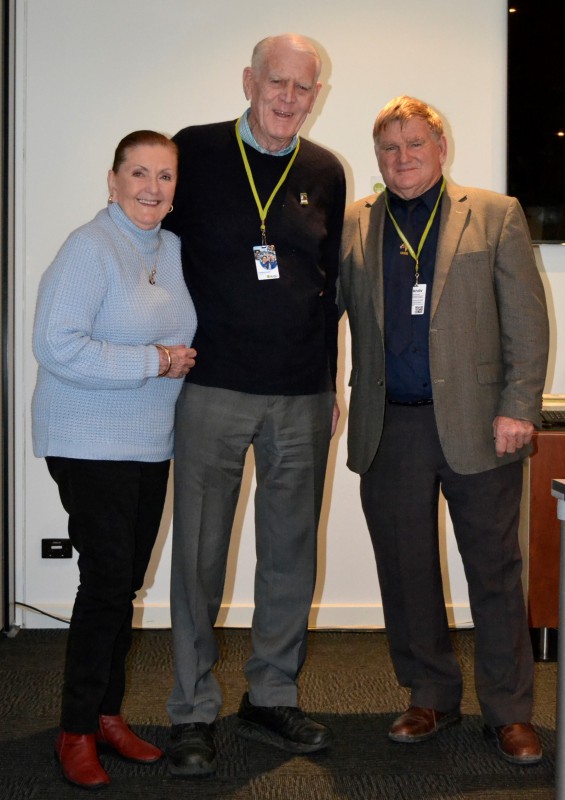 Alan and his wife Yvonne started the Jika Farm Clydesdale stud at Donnybrook. They spent many years supporting the Clydesdale breed by showing successfully in led and harness classes at agricultural and Royal Shows for many years and sponsoring classes for Clydesdales and junior competitors at the Whittlesea Ag Show and the Heavy Horse Festival at Werribee. Alan was a long-standing CCHS Federal and State Branch committee member and has also served as past President of the Victorian Branch. 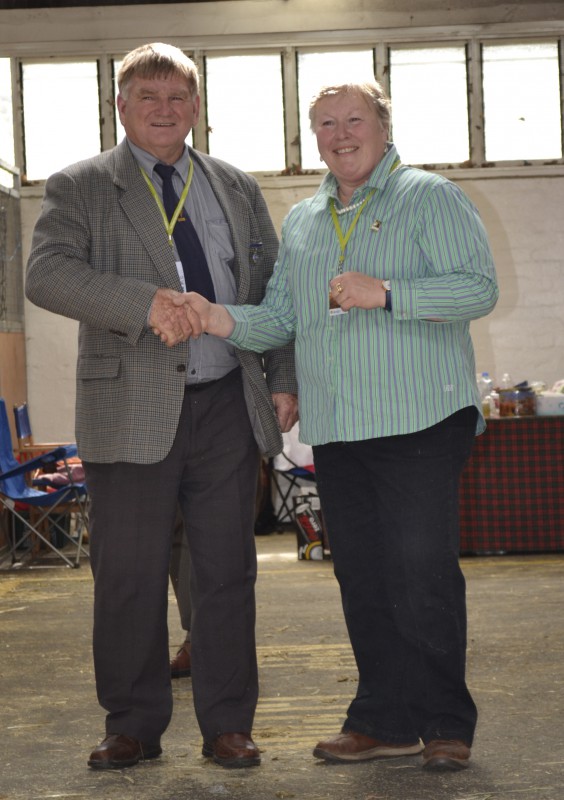 Louise quickly developed a deep love for Clydesdales, as her parents, Harry and Mary Beer conducted the Beereega Stud at Sunbury. In 1982 Louise became a partner in Beereega Stud, with her parents. She became involved in showing Clydesdales in led classes at the Royal Melbourne Show from 1979 and showed in harness classes in the 1980’s. Louise also exhibited part-bred horses in R.M.S. Delivery and Tradesman’s sections, journeyed to the Royal Sydney Show as an exhibitor for five years from 1982, and participated in many Victorian Country shows. Her keen eye for quality in breeding led to Louise officiating as a State, then Federal Judge, being called upon to judge at Royal Shows, State Foal Shows and regional shows in all states and New Zealand. Her passion for the breed, and her determination to do things right led Louise to contribute in an immense way to the Society at both State and Federal level. She was elected to the State Committee in 1980 and served continuously until 2011, also serving as State Vice President, then President and Federal delegate. Her extraordinary ability as an administrator resulted in her serving as Federal Vice President, then President. In that time Louise oversaw changes to our constitution, management policies and general administration. There are many other facets of Louise’ wonderful contribution over the years. 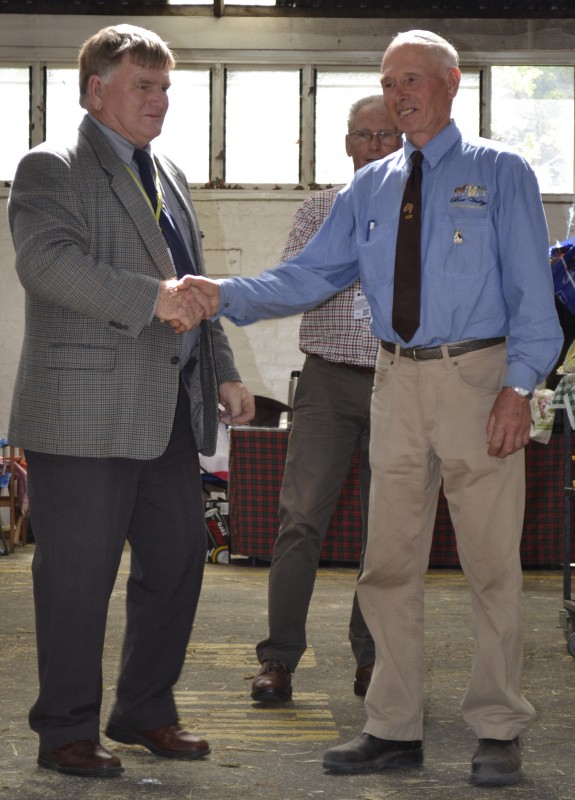 Peter Jorgensen’s family was also heavily involved in breeding and showing Clydesdales and established the Box Vale Stud in the Wimmera away back in 1926. His grandfather, Albert and father, Stan developed the stud to be recognised as one of the most respected, successful and best known Clydesdale studs in Australia. Peter took over as Stud-master of Box Valley Clydesdales following the passing of his father in 1973. The stud, under Peter’s management has continued to produce top quality stock to the present day. Peter and family have continued the tradition of exhibiting at the Royal Melbourne Show every year. As recently as 2012 Box Valley produced the Reserve Champion Mare and the Junior Champion and Reserve Junior Champion fillies at the R.M.S. Peter is on the CCHS Vic, Branch State Panel of Clydesdale judges. His judging career has taken him to Christchurch, New Zealand, Kingaroy, QLD, Dandenong Heritage Foal Show, Gatton, QLD, Burnie, TAS, and many regional shows. As a long-serving Committee member of the CCHS Vic Branch, Peter was first elected in 1974 and held that position for twenty eight years until 2008 – missing only six of those years as a Committee Member. He was also elected to the Presidency of the State Branch from 2001 to 2003 and served as State Vice President for seven years and was a Federal Delegate for six years. In 1976 Peter established the S.E. JORGENSEN MEMORIAL TROPHY as an encouragement award to “newcomer” exhibitors at the RMS. The trophy is awarded to the best Male - Female owned by an exhibitor who has not won a first prize in the Clydesdale Section at a Royal Show. Over the years, Peter has continued to promote the breed throughout the Wimmera and Southern Mallee and has been a great ambassador for the Clydesdale horse. 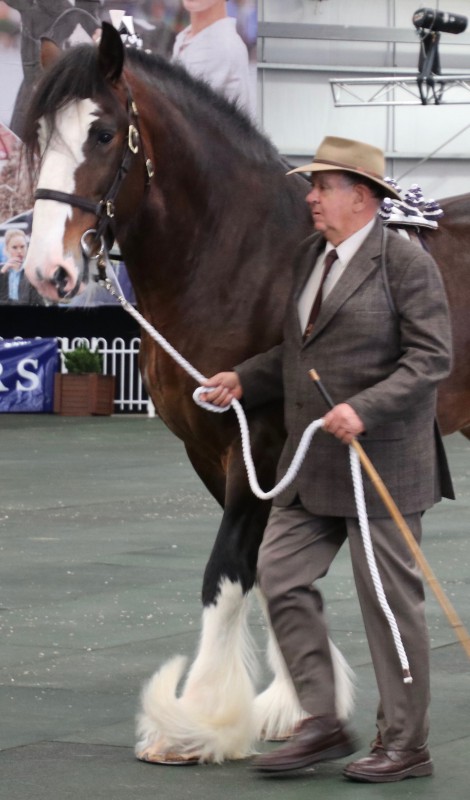 Colin was born into Clydesdales, carrying on the "Valmont Stud" created by his father George Cox in 1936. His nomination for life membership was well earned for his commitment to the breed as a long-standing committee member and past CCHS Victorian Branch and Federal President. He was the instigator of the Clydesdale Yearbook and the editor for over 20 years. His promotion of the breed through the yearbook and breeding/importing quality horses has been crucial for the Australian Clydesdale we know today. 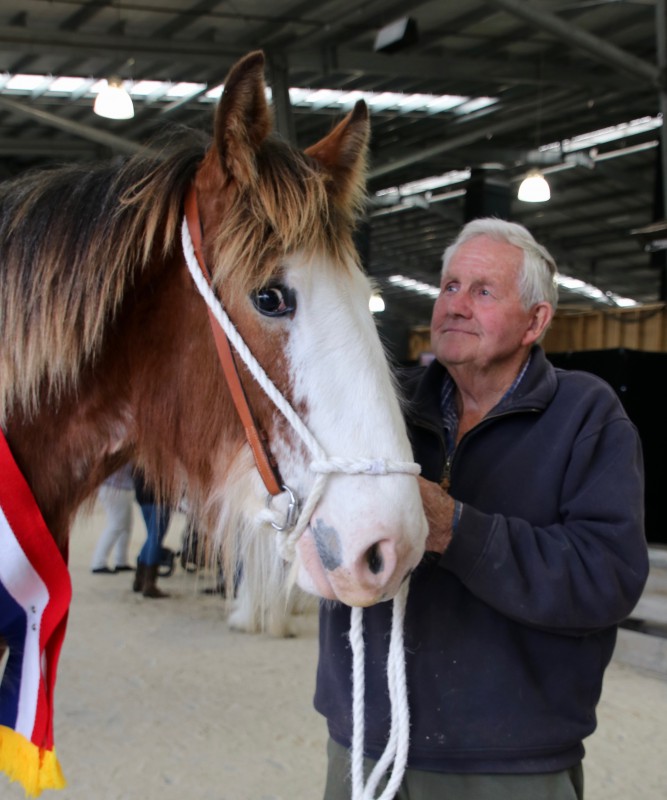 Bill is one of the longest serving members on the CCHS Victorian Branch. He has an extensive history with Clydesdales with his father starting the Waverley Stud in 1951. Bill started the Narioka Stud with his late wife Phyllis in 1979 and shares his passion for the breed with his children, grandchildren and great-grandchildren. He has a good eye for a quality Clydesdale horse having travelled the world to see what other country's Clydesdales have to offer and is always enthusiastic to share his many years of knowledge of the breed. His most recent show success was winning Grand Champion Clydesdale at the 2018 Royal Melbourne Show with Narioka Sir George. 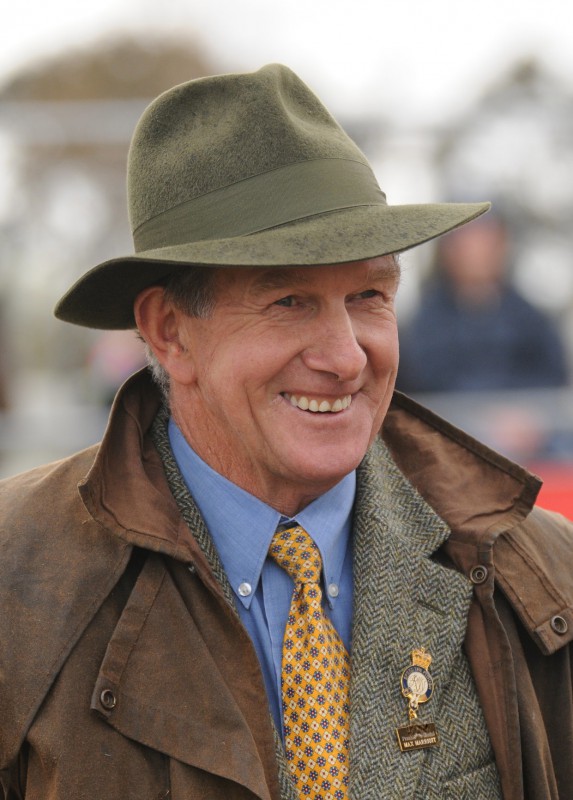 Max Marriott has been around Clydesdale horses all his life, from working them in the market gardens of East Bentleigh to showing led and harness Clydesdales, and breeding. Since moving to Benalla, Max and his family have been involved in the Aarunga Clydesdale Stud, taking outside mares to the stallions and breeding Clydesdales for show and sale. Max is a state and federal judge, and has judged in all states of Australia and overseas. He hopes that by being on the CCHSA Victorian Committee, and as a delegate to Federal Council, he can help promote the Clydesdale horse, assist with administration of the Society, and help present the horse to the public in a way that encourages new members to enjoy their involvement in the Clydesdale Society and keeps the horse relevant in the modern world. Max is pleased that his son and grandchildren are involved in the future of the stud and will carry on his legacy. 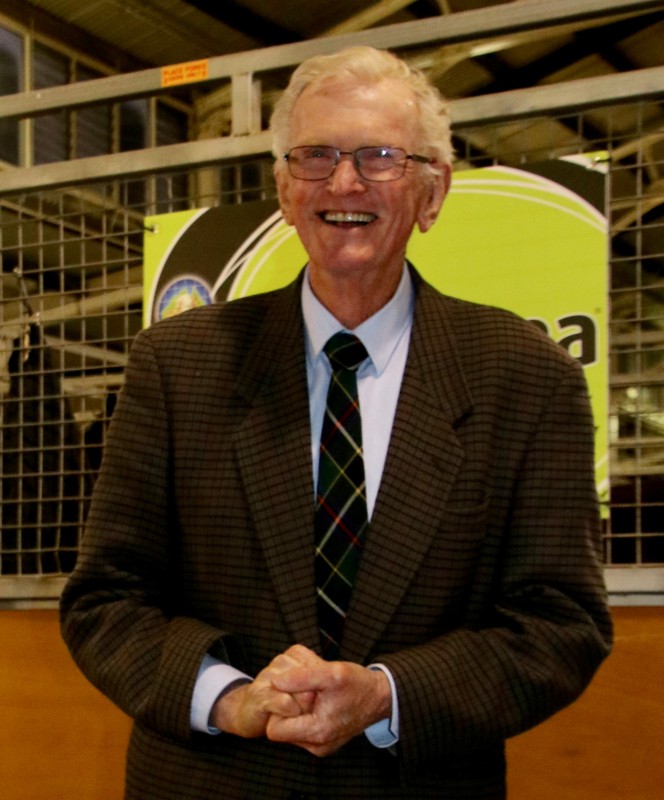 Graeme inherited a love of Clydesdales and the role of studmaster of the oldest registered Australian Clydesdale stud (Lavereen) from his father Tom Trewin. Graeme was awarded his life membership for his dedication to the promotion of the Clydesdale as a breeder, past Federal and State President, Judge, delegate and committee member. He has also been honoured with the the title of Patron of the Commonwealth Clydesdale Horse Society

Should any member wish to nominate another member for life membership within the Society, their intent is to forwarded to the State committee thirty (30) days prior to the State Annual General Meeting.

If nominations are endorsed at State level, such notifications are to be forwarded to the Federal Secretary sixty (60) days prior to the next scheduled Federal Council Annual General Meeting.